Last Thursday I had an absolute pleasure of getting a glimpse of The Bay’s new store with a couple of friends. Tucked away in the women’s section of the ground level of the Rideau Centre‘s Bay, the new ‘DGS’ is like a Wes Anderson film set with its own colour palette. The space is so well merchandised and designed, you immediately feel like you’re in a small boutique instead of a huge department store.

You can count on the ‘DGS’ to carry a bevy of curiosities sourced from Canada and around the world that make it a perfect destination for gifting and souvenirs. I was also impressed with the selection of clothing that included items for both ladies and gents, with a surprising collection of really good man socks!  Their team even commissioned an “Ottawa Map”  print that has been emblazoned on t-shirts, totes and posters. After speaking to buyer & co-founder Joyce, I was happy to learn that they are looking to feature more local makers once they get a little more settled.

If you do have a chance to go check out the store, pay special attention to the vintage fixtures. A quick chat with co-founder Carlo led to tales of the ‘antique hunting’ that went on at the Brimfield fair. In the space you’ll find a myriad one-of-a-kind found objects, including fixtures from a 1920s pharmacy. Apparently the team showed up a couple days early to scout and make deals with vendors before the fair even opened to secure their favourite pieces.

Having a chance to talk to their entire team it’s clear to me that they’re just as excited to be in Ottawa as I am that they set up here.  With this store being their first endeavor outside of the GTA I asked them all “why Ottawa?” They all had the same answer; through their eyes our city is on the verge of something special and wanted to be one of the first to come here. Not the answer I expected from a couple Torontonians, which made me feel like other cities are noticing the greatness that’s bubbling here.

Maybe they’re onto something, their next venture is in the up and coming town of Wellington in Prince Edward County. Their Drake Devonshire;  a hotel/restaurant/general store is set to open in early September.

Anyone want to come on a road trip? 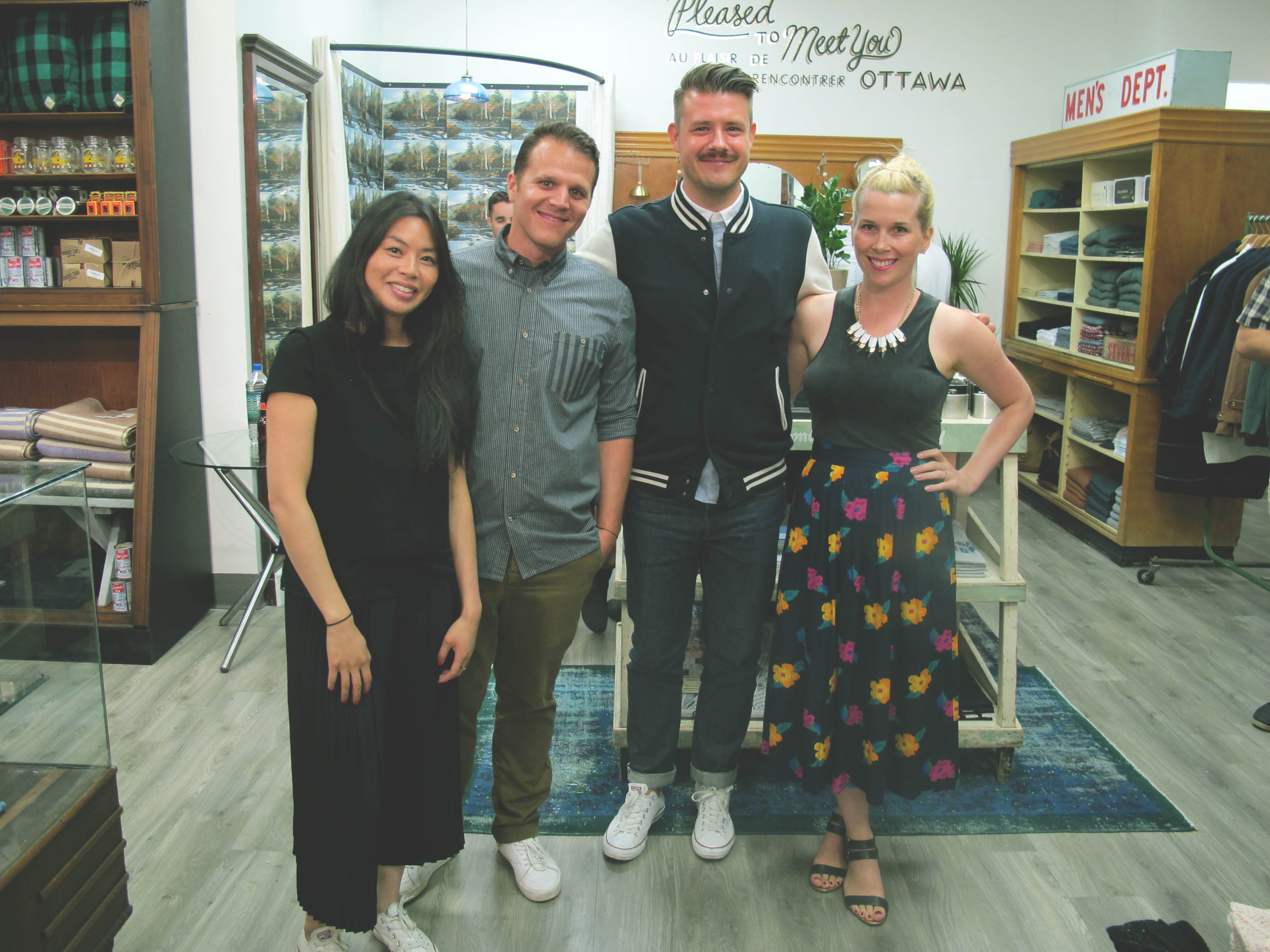