Happiness in its truest form for me are llamas. Where the obsession started, I have no idea, but I really can’t get enough of them. On Thanksgiving weekend I had my own version of  the Kristen Bell sloth meltdown on Ellen except thankfully my tear fest happened in private at Misty Morn Llama Farm. Yes, I was brought to tears by llamas. This sort of thing happens when you’re surrounded by 40 OF THEM. All different shapes and sizes make for a mighty cute view.

Misty Morn Llama Farm is a mere hour and a half away drive from Ottawa, tucked away on a country road about 10 minutes outside of Cobden, officially known as Beachburg Ontario. Retirees and llama breeders Karen & Vic graciously accepted a request to visit the farm over the long weekend.  Formally from Toronto this duo started off with one llama as a farm companion and after falling madly in love with their first llama friend (who wouldn’t!) they bought more. And then bought some more. A couple years later they are one of the largest and most prestigious llama breeders in the Eastern North America.

Llamas are very calm animals by nature and being an excitable person, I had a hard time containing my emotions. I was greeted right get-go by the most glorious llama named Bandit, from there we met the male llamas and llama moms. Karen took the opportunity to teach me about the different types of llamas, the difference between “silky” and “suri” and what breeds were the most prestigious.

There were so many magical moments stuffed into the two hour period it’s hard to recount them all since I was in an euphoric state. I was given the opportunity to feed about five llamas at once by holding out a bowl of food for them to chomp on. I squealed in excitement!

After giving some of the llamas a quick bite Karen and Vic brought us through the barn and into an open field where 40 or so llamas were just hanging out. Karen shouted “llamiieeessss” and then all of them in unison pranced toward us. Overwhelmed and surrounded by so many cute creatures I couldn’t help the tears from flowing. I was hugging and petting these furry friends, while they were sniffing me and coming to scope me out. Here are some of the pictures from that part of the visit.

The trip to Misty Morn was beyond magical. I now consider myself an introductory llama expert after asking a million questions to Karen and trying to soak up as much knowledge as possible from her and Vic. This visit solidified to me that llamas were exactly the way I knew they always were; friendly, cuddly, curious, proud and goofy. They are such majestic creatures with a bounty of personality, it’s incredible how they react to you. I am also beyond thankful to Karen and Vic for spending the time to make this adventure so amazing. They are truly the nicest people. The farm itself isn’t quite ready for visitors until the Spring, but I highly recommend making a trip. 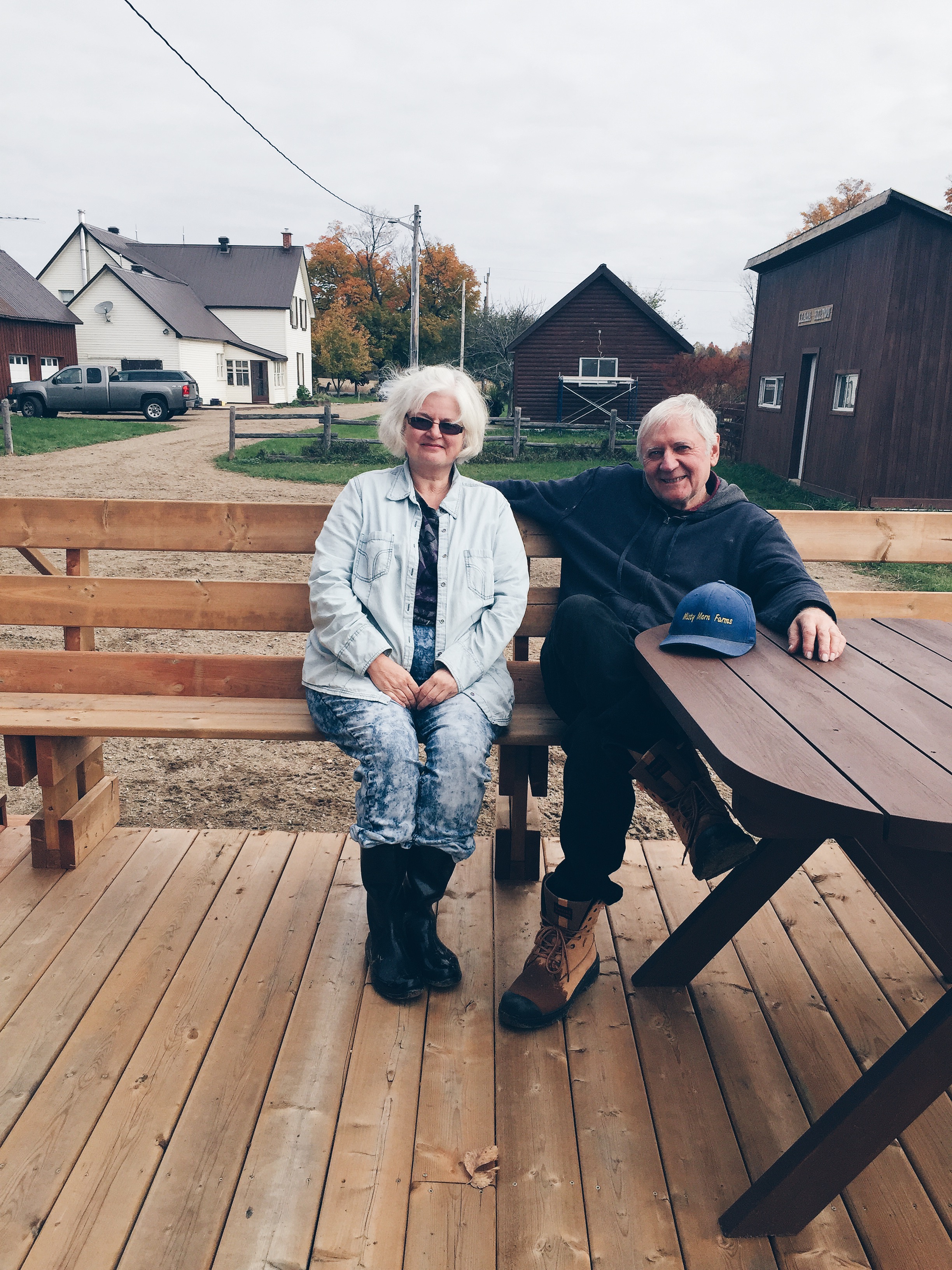 We couldn’t leave the farm without a memory. Karen and Vic gifted me this great picture of one of their herd and I picked up these uber soft (NOT itchy!) llama wool socks to keep my feet warm all winter. What a perfect reminder me of the magical place that is Misty Morn Llama Farm. I’ll definitely be back! 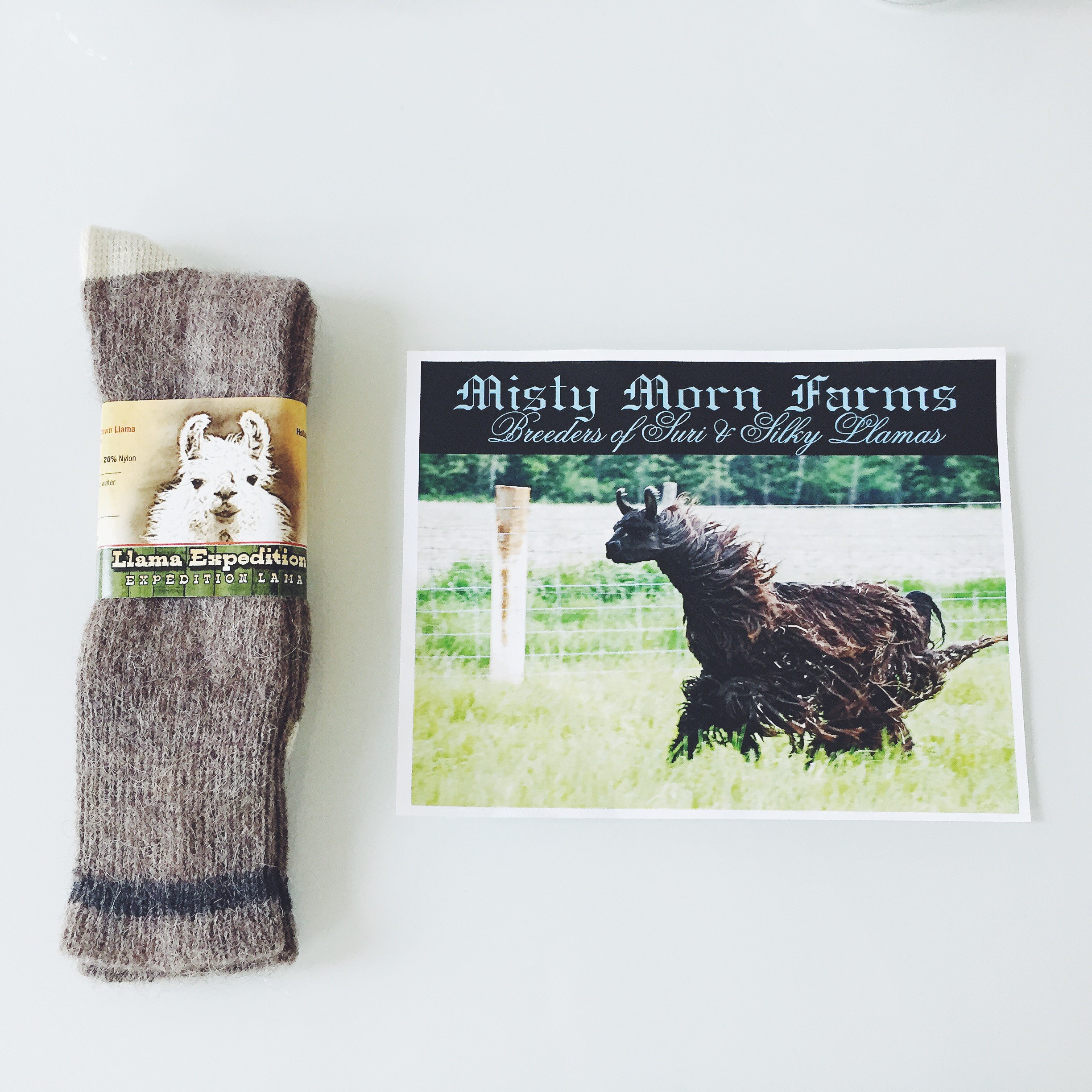 I have to admit I have a little bit of a problem with Joe Fresh– I’m a complete addict. My closet is slammed with…