A hashtag changed the course of my summer. That’s right. The Instagram hashtag, #AndNorth, spurred one of the most divine road trips I’ve ever had. It all started with the classic city girl, seeks weekend adventure online search. I asked myself “what’s about 3 or so hours away that I’ve never been before”. What was once a Google search, turned into a month long inquiry into the amazingness of Upstate New York and The Catskills. If you don’t know what I’m talking about, The Catskills or the Catskill Mountains, is a large area in the southeastern portion of the U.S. state of New York, about miles 160 km northwest of New York City. The area was known as a resort hotspot for those from New York City from the 1920’s – 1960’s. Over the past few years it’s been having a serious revival. People from NYC and Brooklyn have been flocking to the area to start new businesses or just get away from the city. It’s magical. It also has barely any cell phone reception, true bliss!

No road trip is complete without the perfect ride, and I found it. Myself and my travel companion had the absolute pleasure of taking out a Ford Fusion Energi for our week long stint in the States. It was basically our second home since we changed hotels and locations every night and it was important that we had a car that was comfortable for all the exploring we were doing.  The Fusion Energi surprised us, it was like it almost drove itself. By drive itself, I mean it can actually “look” down the road, and determine if the car is on course. It then alerts you and applies pressure to the steering wheel to bring the car back in the right position. Real futuristic stuff. Same thing for cruise control, which we did a lot of because we drove so much. It slows down the car automatically if you get too close to another vehicle- which sometimes happened because we were awe inspired by our surroundings. But the one thing that saved us, and you’ll realize this soon based on how much we covered, is the voice-guided turn-by-turn GPS component of our car. Remember when I said we had NO cell phone reception!? That means no Google Maps on our iPhone, it was us the Fusion and the road.

I’ve been trying to collect all of the crazy amount of images I took over the course of the holiday, I have quite a few. Our first stop was at The Arnold House, a tavern and inn on Shandalee Mountain near the very quaint town of Livingston Manor. We were greeted with a handwritten note in the lobby and our keys waiting there for us to pick up. Once we checked in we devoured our first meal of the trip at the tavern, which is also the local drinking hole, and curled up in front of their fire with the s’mores kit left in our room- a very nice touch indeed.

Each day was a new adventure, dipping into small towns with weird antique shops and their own general stores. The start our second day of our Ford Fusion road trip-mobile brought us to so many great places. From Livingston Manor we drove on-to Roscoe, where we visited Prohibition Distillery, home of Bootlegger 21 Vodka + Gin and Roscoe Beer Company. We even went to a real-deal American County Fair, The Delware County Fair in Walton to be exact, and saw a very serious cow competition.

That night after much poking around in the around, we rested our heads at The Graham & Co in Phoenicia. As you can see below, The Graham & Co is a converted motel of loveliness that greets you at check-in with a can of Budweiser and big smile. Left to your own devices on the property you could use their free cruiser bikes, take a dunk in the pool, play any sort of backyard sport, lounge in their “lobby” which is really an outfitted garage with cool magazines and games or sit by the fire at night. It was glorious. What was even more special is that they have their own line of soaps, candles and goodies- very boutique like indeed.

Phoenicia made for a great place to explore the Catskills, it was likely the biggest town we stayed in (still very, very VERY small) but it meant we could walk to get a beer from our hotel, which is unheard of in these parts. The next morning we visited Phoenicia Diner, a re-imagined old school diner off Route 28, which we took to get to Hudson. Hudson New York is known for it’s epic main street (Warren Street) filled with incredible antiques and shops. We spent most of our day weaving in and out of stores, carefully minding antiques and taking our sweet, sweet time exploring the city.

From Hudson, we drove to the most remote hotel we were staying at over our time in the Catskills; The Spruceton Inn in West Kill. Funny enough, Arnold Schwarzenegger used to own this property and called it the “Sunshine Valley House.” The Spruceton Inn, who calls itself a “bed + bar”, is off the beaten path at the far, FAR end of a long winding road. Each minimalist room is stocked with their own firewood to start a fire at one of the many fire pits on the property. (Are you seeing a trend with the camp fires yet!?) In the morning they served up Pop Tarts and the most delectable Cafe Grumpy coffee before we had a chance to play in the stream located behind the hotel.

The day was spent meandering into Woodstock (yes, that Woodstock), and onto Kingston, New York. By now stops at old school ice cream drive-ins and antiques shops out of old barns seemed to be the norm. There was so much to see and not enough time. We swung through the Tuthilltown Distillery, for some bourbon, more bourbon, gin, vodka. They’re known for their Manhattan Rhye Whiskey, you can get it in the LCBO! After the tastings we made it to, what I would say, would be the highlight of this entire trip, the magnificent Hillside School House in Sullivan County. The Hillside School House is one of the 25 Hotels in the U.S. on the Conde Nast Traveler Gold List 2015. It stole my heart. There are only two “hotel” rooms at the school house, luckily with the other room empty we had the whole place to ourselves.

The hotel was originally a one-room eight grade schoolhouse 1893 to around 1950, and was renovated by a New York City based couple about 2 years ago. The main floor has the original hardwood floor, clapboard, slate chalkboards and soaring 16-foot ceilings and features a very handsome taxidermy goat head. Designed with a mix of new, salvaged and antique furnishings (which are for sale!) the shared space is home to a communal dining table and oversized tufted sofas for relaxing—as well as a full kitchen and powder room tucked into the Schoolhouse’s two original coat rooms.

I can’t wait to go back to the Hillside Schoolhouse, it’s worth making a tradition out of staying there at least once a year and the perfect last stop on our road trip. If you’re visiting the area, make sure you splurge on a room- it’s so worth it. On our way back North, we visited Narrowsburg, about 30 minutes from the schoolhouse for our very last dose of antiques and it did not disapoint.

I have to say a very big thank you to Ford Canada for giving the keys to their amazing ride and letting me explore without inhibition. Before going on this trip I have to be honest, I wasn’t sure what to expect out of the vehicle or the trip. It turned out that the Ford Fusion was the perfect car for my escapade into the Hudson Valley.  It was truly friendly on gas because the the ECO Hybrid technology and we only had to fill up our tank TWICE the entire trip. The Fusion is beyond cozy for a mid-drive snooze if you’re in the passenger seat, and had enough space to pack all of the crazy antiques we picked up. Overall it was a total dream.

If you are planning a trip to Upstate New York and want to ask me anthing fire away! But here are some other tips that are handy:

Other Places We Visited Not Mentioned: 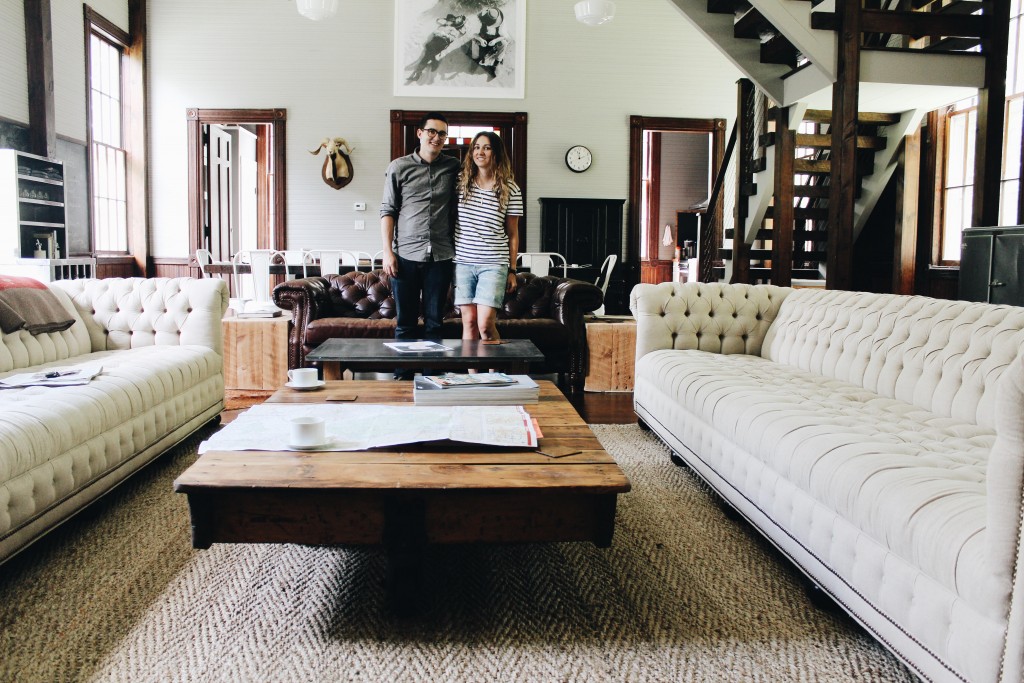 It’s always wonderful when fashion and good causes unite, what better way to raise funds then to have a girly night out? Last week…